The telecoms world is gearing up for 5G, the next-generation wireless technology that promises to go beyond phones and link up everything from vehicles to household devices, or anything else with an Internet connection, at far greater speeds, unfortunately most consumers will wait years to experience the benefits.
While the first commercial 5G projects will launch in the United States in 2018, many users in emerging markets are still awaiting 4G and are likely to have to grapple with ropey 3G connections for years more.
Among industry insiders, the debate is about whether 5G will deliver on all the promises that it’s most excited proponents make and how much they can afford rolling out the new technology when profits are squeezed by competition and regulation.
Unlike 2G, 3G and 4G wireless that focused on mobile phones, the promoters of 5G say it offers faster, more stable connections for cars, homes, factories and offices.
Norway’s Telenor is testing uses of 5G in driverless snowploughs, traffic systems and even autonomous boats for the nation’s fishing industry. Yet it is unlikely to deploy 5G commercially before 2020 and Telenor’s boss remains cautious about what the technology will offer.
“5G is, so far, too much hype, in the sense of its position as a new revolutionary technology,” Telenor CEO Sigve Brekke told Reuters at Mobile World Congress in Barcelona, where 5G overshadowed other topics.
“I look at 5G as much more an evolution on what we already have,” he said at the conference, attended by executives from the world’s mobile network operators and technology suppliers.
Telenor expects 5G to complement existing networks, helping cut operating costs after the hefty capital outlay and offering greater scope for delivering high bandwidth video and almost instantaneous links for autonomous cars or medical procedures.
5G promoters say it can deliver data 10 times or faster than 4G and cut latency, the lag-time when data is sent or received. As well offering new applications, extra speed makes it easier to store data in the cloud instead of on a device.
Yet 4G advances and new software could offer many of the benefits promised by 5G, Chuck Robbins, chief executive of networks supplier Cisco, said in Barcelona.
Nordea Bank analysts told investors there “seems to be a bit too much optimism on which industry issues 5G will solve”.
The first commercial 5G projects launch in the United States this year and will be followed by Japan and South Korea in 2019. China is expected to join the fray in 2020.
For network equipment makers, such as Ericsson and Nokia, which are struggling with declining sales for 4G gear, the rollout cannot come soon enough.
But in Europe, deployments will start slowly in 2020 with widescale moves not likely until 2025, while many emerging markets are still struggling to catch up on fixed broadband and 3G data services.
The new networks also come at a price.
Expanding 5G could mean capital expenditure rising to 16% to 17% of revenues generated by the mobile industry from 2020, up from 15% now, said Mats Granryd, director general of the global trade body GSMA.
GSMA, which represents nearly 800 operators and some 300 suppliers, forecasts capital expenditure (capex) on mobile networks worldwide would be $500 billion over the three years between 2018 to 2020. To find the extra cash for the 5G rollout, operators are looking to shut down 2G and 3G networks to reduce the costs of running multiple networks and to free up spectrum for 5G. 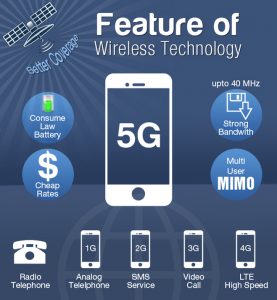 “We’re working in a capex-restricted industry,” industry consultant Bengt Nordstrom said.
This is likely to slow the rollout. GSMA forecast 4G would still account for more than half of mobile subscriptions in 2025, while 5G would only be at 14%.
South Korea tried out 5G for a few weeks at the Winter Olympics in Pyeongchang to enable the use of driverless shuttle buses and to allow ultra-high resolution 360-degree video to be beamed wirelessly around Olympic venues.
But mobile phones do not yet offer 5G compatibility, so it went almost unnoticed by those at the games. Mobile chip giant Qualcomm showed off early 5G phone chipsets in chunky commercial prototype handsets in Barcelona. But analysts don’t expect 5G compatible smartphones to be become widely available until the second half of 2019.
CCS Insight analyst Ben Wood said one mobile handset company exhibited a showcase of 5G phones in Barcelona, only to have one display model drop on the floor and break open. “It turned out it was completely empty inside,” he said.
• Reuters